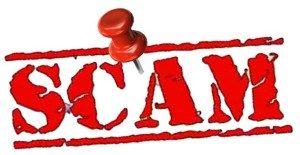 Well it’s time to bring this back to your attention as someone I know has been “suckered” by them. There’s a company going around that basically promises to give you cheaper gas, electricity, internet and telephone, they are called Utility Whorehouse Shithouse Warehouse. It all sounds good but it’s a lie, a big fat lie at that.

First of all this is how it works: They give you a quote for what your bills will be and it’s always better than what you’re paying currently paying so off you go and sign up and the bills come in and they are cheaper BUT later on you suddenly find these bills are basically all “estimated” and you owe them a load of money and then when you sit down and work it all out it’s actually more expensive. Don’t be suckered by this, they are just a reseller of another company’s services, so how can they be cheaper? It’s not possible, they don’t buy gas and electricity “wholesale” like British Gas, Scottish Power and all the others who are REAL energy companies, this company is just a reseller so they can NEVER be cheaper.

Then there’s the pyramid scheme …. You can be more than just a customer, you can sign up and get a commission on all the suckers who become customers that you sign up, worse still (for them, maybe not for you) you can sign up other people to be sellers as well and you get a commission of their commission, bla la bla and so on. They call it “network marketing” but essentially it’s a pyramid scheme or multi level marketing and that means 99.9% of the people who sign up will fail to make any money and get ripped off. Because that’s what the BUSINESS MODEL is: you pay the £200 (or whatever it is now, it was £200) and 99.9% of those £200 pound “joining fees” will end up lining the pockets of Utility Warehouse and you’ll make squat. Fortunately most people have common sense if someone knocks on their door and says you can get the cheapest gas or electricity etc and tells (as I would) them to go “boil your head” (or in my case something a lot less polite.)

When I signed up I should have known better, I’d been burned before (Herbalife), you had to get a minimum of 6 customers and then you started earning your monthly commissions. Trouble is it’s hard just to get that. People don’t believe you and rightly so. They say it’s easy but in reality if, like me, you’re the sort of person who can’t even sell £10 notes for £5 and not a natural sales-person you’re buggered. If you are a natural sales-person then yes you can make it work BUT if you were that person there’s far better ways to make far better money selling something more ethical.

The bastards never paid me my commission, despite getting the arbitrary “6 customers” and frankly the people who signed me up were no help at all and couldn’t give a shit about me. I was in desperate straits at the time, I had been suicidal and lost my home and business due to the recession and nobody gave a flying sh*t. Do you really want to deal with such a business?

MLM companies, bastards the lot of them, I hope you all burn in hell and I wouldn’t urinate on Utility Warehouse if they were on fire, I’d chuck some petrol on instead.