I was going to have a long winded rant about the EU and how much I think it stinks but frankly ex Marines Commando Matt Taylor has said it all before and is pretty much on the mark. Ergo, I’ve recreated the article below and hope he doesn’t mind me “lifting” it wholesale, I am crediting him here after all !!

There’s some offensive language in here but frankly I think it’s needed when referring to the EU and our current state of British Politics, I myself have probably sworn more since June 23rd 2016 than in the rest of my many years on this planet put together. So if offensive language offends you either “suck it up” or read some sort of milquetoast sort of mainly liberal orientated opinion such as right here or even here.

So without further ado, I give you Matt Taylor’s views on remainers and the EU and his answer to “Why are Remainers so convinced that staying in the European Union is what is best for the UK?”:

“Because they think that the world revolves around money, because the burden of dealing with endless growth and inexhaustible labour hasn’t been shared, and because the rich don’t live in the real world.

I wanted to lay off politics and write comedy for a while, but after seeing working class people get slurred for weeks, I feel I have to dip a toe back in.

And honestly, this shit is fucking funny.

You have a bunch of middle and upper class lefties telling 18 million working class people that they should trust the very people that have been fucking ignoring them for twenty five years!

They also seem to be making the argument that a people that spawned one of the largest empires in human history, couldn’t run a piss up in a brewery without the assistance of fucking Belgium!

Aye they did a much better job in the Congo than the British did with Zimbabwe.

They also say that workers rights, women’s rights, and equality and social justice are under threat, like the concepts were invented by the EU.

Sorry lads, but we all went to Secondary School, such shameless attempts to rewrite history both amuse and annoy me.

Go tell that shit to John Locke and the fucking Levellers.

Go tell the likes of Fawcett, Newton, Bacon, Hume and Pankhurst they have the Germans to thank for freedom of expression.

Tell them that the continent that spawned more dictators in the last hundred years than Britain did in a thousand, has the European Commission to thank for democracy.

Tell them that with a straight face while I piss myself laughing.

Best of all, none of the Remain voters actually like the EU anyway!

Even the most ardent remain voter starts every argument with “Oh well, of course the EU needs reform…”

So what, is a lack of money and confidence the only good reason for staying in a ridiculous overbearing institution that nobody likes?

And I’ll also say this to start, the economic argument is a long way down the list for many working class people.

There is a great story here around 41:00 minutes in told by the brilliant Niall Ferguson (a staunch Remainer) regarding the matter. He explains how the owner of the largest chain of off-licenses in Wales was introduced to him, told him that Lithuanian and Polish beer is their best seller, and then proceeded to tell him why he was not a Remainer when Ferguson naively assumed he would be.

Because the working classes accepted a possible economic hit and made the decision anyway. They didn’t care, they said “This may cost us, but do it anyway. We are a proud people and we don’t want to be a federal state in the United States of Europe.”

That should have been the end of the matter.

There are dozens of arguments against the EU that I prefer that don’t revolve around cash, and I can point at the lack of accountability for openers.

The inability of ordinary citizens to indulge in the simple pleasure of going to the town hall and shouting at the twat that lauds it over you.

Nobody gets to shout at Jean Claude Juncker do they?

And remember that hilarious time when the EU’s top court backed the European Commission and boosted pay for EU staff by 3.7%, instead of the smaller increase that the member states wanted? 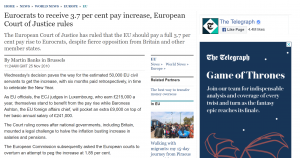 “Judges ruling on their own pay rise in one of the most obscene displays of judicial misconduct in human history? Endless hilarity Mr Verhofstadt!”

What about the top-down nature of the European Commission, the draconian censorship laws, the continuing taxation without proper representation, the ridiculous overbearing laws that reek of old-school communism from the Eastern Bloc.

And don’t even start me on internet freedom and Articles 11 and 13 or the European Court of Justice.

I could go on all day, but as every Remainer answer seems to concentrate purely on coin, I shall address that issue thoroughly now.

If you live in a house you don’t own, work for someone else, have ever needed to use state-funded services, or even just worried about paying a bill… ask yourself this one question.

Do you benefit from an endless supply of cheap labor?

Look at the “top answer” in here, what is he, a Ph.D from Cambridge? (he’s referring to someone who answered in the original thread on Quora).

Oxbridge types with expensive degrees, MPs, the heads of giant conglomerates, BBC writers and Guardian journalists, I’m sure they all had a mega hard time competing with Romanian laborers and Polish bricklayers when the EU collapsed 28 borders and 5 million people moved to the UK. 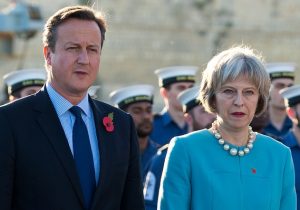 “Hey we had to compete with the working classes of Eastern Europe to get on a train once, its basically the same as living in a sink estate in Hull!”

Yes, I bet John Snow suffered through an ordeal trying to get a council house.

The well off probably struggled to find a place at a shite state school for their kids.

And I bet they have an absolute nightmare seeing a doctor or a dentist.

While my dad was sitting in a packed waiting room with 30 foreigners waiting 4 hours for an appointment, I’m sure he was thinking “I pity the middle-class Guardian readers that use BUPA!”

The wealthy have a hard time too. That’s why they all say “Pah, just educate yourself and be a better job candidate you loser.”

I don’t think we have to cede the economic argument by the way, there are several groups of wealthy educated types that do make a good case for leaving the EU, but they are much more rare.

Not because it’s a tough argument, but because integrity is rare.

The elites are purely motivated by self interest. Look at the middle-classes in the likes of London and Manchester. They want to keep house prices nice and high, so they can rent them out for extortionate rates while they go backpacking in Asia for a “year out” with Tarquin.

They want to keep importing third-world labour so they can pay Polish blokes under the table at their businesses, keep rents high, and keep feathering their nests.

The rich, the middle and upper-classes, the MPs and the like, they all want to stay in the EU because they know which side their bread is buttered.

Most amusingly of all, despite the fact that the overwhelming majority of billionaires, millionaires, oligarchs, Brussels elites, bankers, big corporations and hedge fund managers are all pro EU (obviously) they point at the tiny fraction of wealthy Leave supporters like Dyson and Jacob Rees Mogg and say “Look! The rich want to leave Europe!” 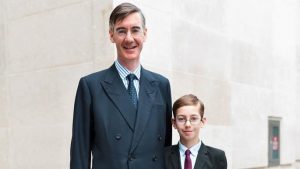 “Quick get a picture, its one of those rare-as-rocking-horse-shit elites that supports leaving the EU!”

I didn’t actually vote for Brexit, but the last few years have swayed me because frankly, they insult my intelligence. How stupid do they think we are?

They insult our intelligence, their betters.

And we are their betters.

Do you think someone is a bastion of morality because they can get themselves elected to high office or build a global company?

It is the exact opposite.

“To summarize the summary of a summary, I wouldn’t believe an MP’s radio!”

The people, the producers, the working classes, are both the backbone and the moral compass of Britain.

We care about hearth and home, about family and friendship and community.

The elites care only for coin.

And when a rare wealthy man of integrity stands up and points out that rent would be lower and wages would be higher if we had a sensible, managed process for immigration, they fall back to “racism and xenophobia”

Here! In one of the most friendly, welcoming, and least racist nations in Europe.

We, the backbone of Britain are being slandered by the elites because of their own shortsightedness and greed. We aren’t prejudiced, we simply know a broken system when we see it.

The EU has fucked Europe. The outsourcing of labour in pursuit of endless growth with no thought for tomorrow has totally fucked both Europe and the world.

Just to build their own wealth, they fuck the working poor. Brussels has strip-mined labour from economically struggling parts of the world, taking all of their young go-getters and thus, keeping poor nations in the doldrums perennially.

This is why they are pissed off in both Britain and France.

The French are even more Eurosceptic than the British are, why do you think they let us vote on the matter? Entirely because Cameron and our lot were all absolutely convinced we would vote to Remain!

French are ‘even more anti-EU than the Brits’

French and Greeks like the EU even less than Brits

Do you think Paris has been on fire for 6 months because France is a nation of pyromaniacs? 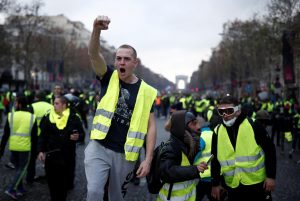 “I am so ‘appy they won’t let us vote for Frexit, I ave been setting Fiat Punto’s on fire every weekend for six months!”

The jig is up folks. Working peasants are much more sensible than the elites think they are. This is why so many of them think that the sun needs to set on the “Empire of the Good” that the European Commission is so desperate to build. 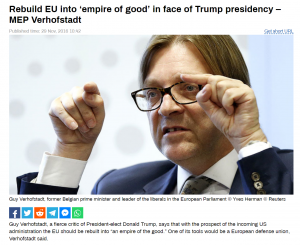 “Not scary at all.. I would trust this creepy MP with my life old chap!”

The elites in the likes of Britain, Germany, and France will do everything they can to stop Brexit, Frexit, and any other mechanism that the working people of Europe may use to return power to the democratically elected leaders of Europe.

We must continue to fight them, and our friends in Europe (the citizenry, not the Commission) will thank us for it come the end.

We will ensure the people of Europe remain free.

I’ll leave you with a nice quote from Mr Verhofstadt, who did a better job of talking me into leaving the EU in 30 seconds here than anything Farage has ever said!”

Steve with much thanks to Matt Taylor, a man who I don’t know from Adam but hell he says what I wanted to say.