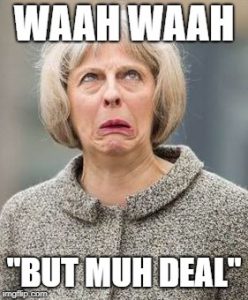 2 thoughts on ““But muh deal” & The Theresa May Conspiracy Theory”